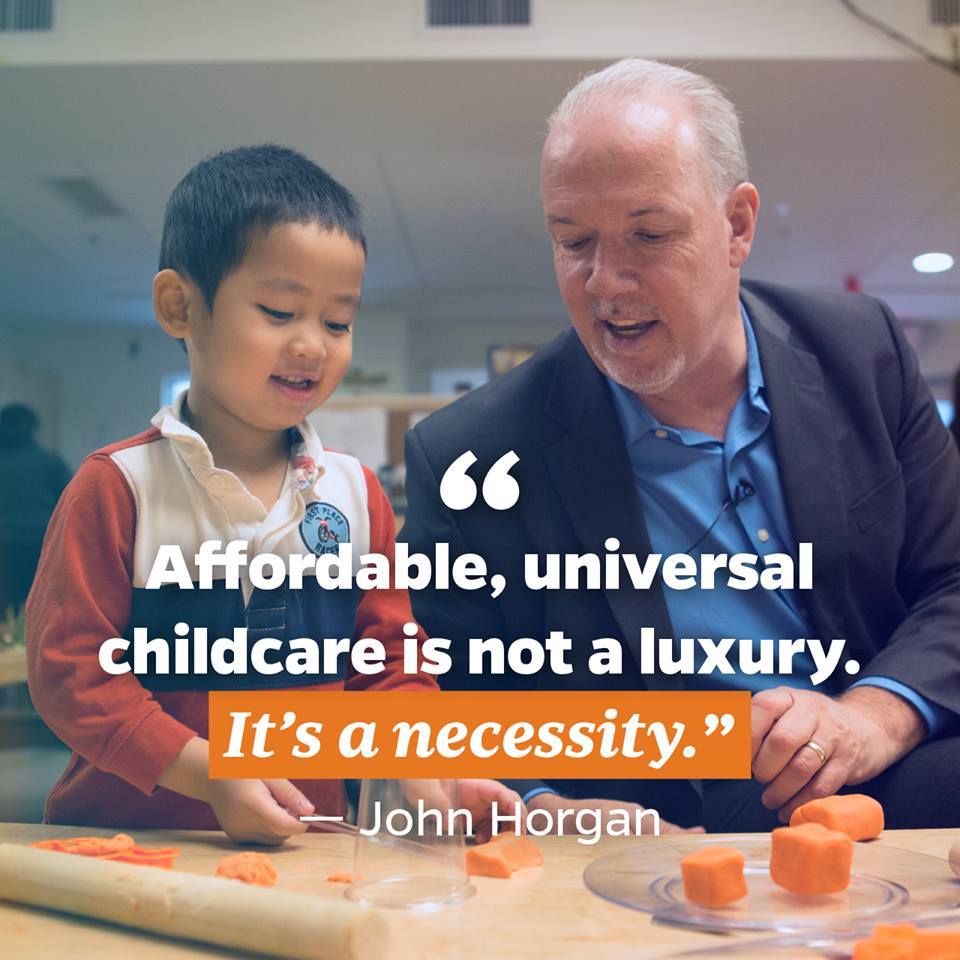 In June, Horgan promised to raise the minimum wage to $15 per hour in the first term of a B.C. NDP government. And a month before that, he declared that the Kinder Morgan pipeline is not in B.C.'s best interest.

In addition, Horgan has publicly stated that electricity from the Site C dam isn't needed now. This has prompted some to wonder if he's prepared to kibosh an $8.8-billion megaproject that will flood valuable farmland along the Peace River.

There are good reasons for Horgan to take bolder policy positions than some of his predecessors.

First of all, he has to help rebrand the NDP after its dismal showing in the 2015 federal election. The federal Liberals outflanked the federal NDP by promising a better deal for middle-class parents on personal income taxes.

Thirdly, Horgan has to retain his party's traditional edge with female voters, who, as a group, tend to be more concerned about childcare and income inequality than male voters.

By supporting $10-a-day childcare, slamming the Kinder Morgan pipeline, and promising a big hike in the minimum wage, Horgan will mobilize the base and probably spur more individual donations to the B.C. NDP. This will bulk up the warchest in advance of the next election.

The B.C. NDP won its last election in 1996 with a populist campaign against big business. The premier at the time, Glen Clark, campaigned with the slogan "On your side".

Given the party's multiple failures since then, don't be surprised if this type of message is revived for the 2017 campaign.

In light of the recent history of B.C. elections, what does Horgan have to lose?