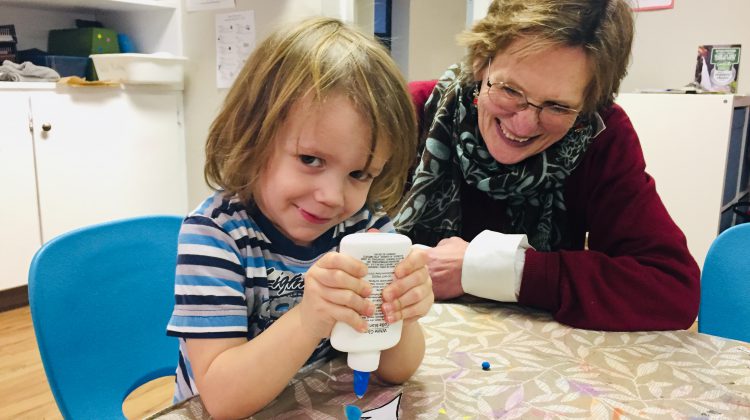 Located within the Salvation Army community church, the centre offers a number of services for families, including support for those who are new to Canada and Indigenous language programming.

North Island MLA Claire Trevena said the NDP government has a fundamental belief that investing in kids and early learning is “a great start.”

“We’re committed to creating childcare spaces right across the province, with bringing down the cost of childcare for parents, and making it much more accessible for families,” Trevena said.

“͞Our goal is to create a centre that provides a multicultural, socially stimulating and community-minded environment that puts children on the path to self-development and success,” said owner and operator Jennifer Cross.

“This provincial funding means we can renovate our space to help more kids grow, learn and thrive in an environment that nurtures all aspects of their development.”

The province says that it’s funded more than 75 new, affordable licensed child care spaces in Campbell River since the fund launched in July 2018.

The province says they “are part of the fastest creation of child care spaces in B.C.͛s history, with more than 10,400 funded in the past 15 months.”

With the addition of 900 spaces funded through partnerships with the Union of British Columbia Municipalities and Aboriginal Head Start using federal funding, and 4,100 spaces created through the 2017 Budget Update, more than 15,400 spaces have been funded in B.C.

This brings the total spaces funded in Campbell River in the past two years to more than 170.

Trevena said the program is already lowering the cost of childcare.

“You talk to families and they’re already finding it much more affordable,” she said. “We have in Port Hardy one of our prototype sites where it’s only $10 a day for families but right across the board, our investment in childcare is to increase the number of spaces and bringing down the cost for families.”

The province says that since launching in February 2018, the Childcare BC plan has helped parents in Campbell River save more than $4 million through the Affordable Child Care Benefit and Child Care Fee Reduction Initiative.

Trevena said affordable childcare is a win for everyone.

“It obviously fills a social need to give kids the right start to their lives, being able to give them a supported learning environment,” she said. “But it means that people can get back to work.”