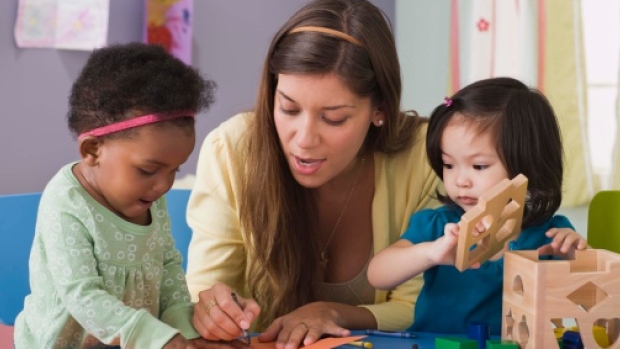 It identified B.C. as having the second highest child-care fees in Canada.

Implementing a $10-a-day child-care program in the province won't be cheap.

The CCPA report said that a $10-a-day child-care plan would require $1.5 billion in additional public funding to cover operating costs.

Horgan said financing for the NDP's child-care plan will be unveiled closer to the election.

He indicated his government will likely reverse tax cuts provided by the B.C. Liberals to the province's highest earners. Support from the federal government would also help considerably, he added.

As for implementation, he said it will be focused on those with the least ability to pay, at first.

Premier Christy Clark has said in the past her government has no plans to introduce a $10 child-care program.

Instead, the government has focused on creating additional child-care spaces in the province, and creating relief through relaxing the eligibility criteria for the child-care subsidy program.

It said the funding would be allocated to facilities with child-care shortages like those in Surrey, Richmond, Vancouver, Burnaby and Coquitlam.