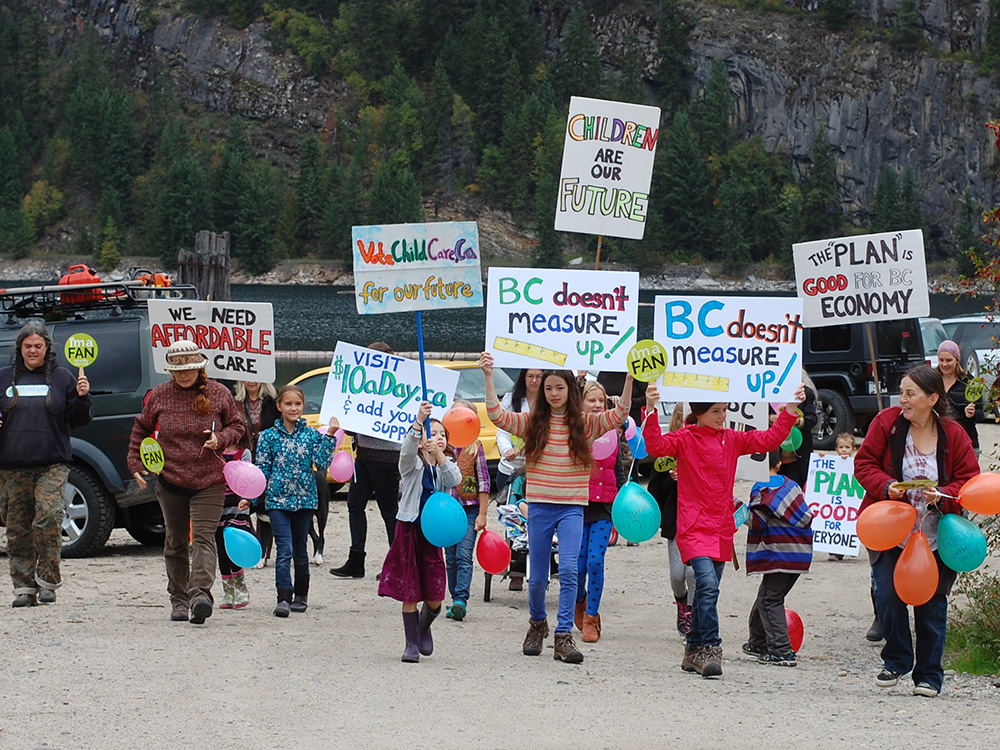 But there are two current provincial policies that are worrying and will not achieve the goals for children, families or the economy. First, the government is still relying on a bureaucratic, means-tested parent fee subsidy that will not build a system. Nowhere in the world has a universal, affordable childcare system been built through vouchers for lower-income families. We don’t give subsidies or vouchers for children to attend elementary school in B.C., and neither should we for childcare programs.

And the government is still giving capital grants of up to $250,000 to for-profit, corporate child care to build up privately owned assets.

So what are the immediate doable priorities to achieve the 10-year childcare goals that British Columbians voted for in 2017, and continue to support?

Then it needs to take five concrete actions.

1. Move childcare into the Ministry of Education, where there is already a universal approach and capacity to create a new system. Education is the only ministry that delivers a universal public system for children. It has the capacity to develop and democratically govern the childcare services that B.C. needs. That is why the majority of Canadian provinces and territories deliver childcare through their education ministries.

2. Develop a publicly funded provincial wage grid for early childhood educators to raise the average pay in the sector and mitigate the massive ECE recruitment and retention crisis. Currently, existing licensed childcare spaces in B.C. sit empty because there are no qualified educators to staff the programs. Low pay continues to drive educators out of the sector.

3. Immediately expand the $10aDay prototype sites across the province. This is the way to make child care truly affordable for all families and provide the best model for building a system.

4. Embark on a bulk purchase of quality, custom-designed modular buildings to create thousands of new quality spaces on public land (schools, hospitals) across the province.

5. Ensure every Indigenous child in B.C. has access to spiritually enriching, culturally relevant, quality childcare, with direction from Indigenous leadership.

Accomplishing the government’s 10-year childcare goals requires a dedicated capital budget to expand public childcare spaces and an increase of $200 million annually in operating funds. This is entirely reasonable and doable. It benefits the economy, supports children and families, creates green jobs and advances gender equity.

The time is right for Premier John Horgan and James to build on their initial childcare success. They have the support of 63 local governments, 33 school districts, community organizations, unions, businesses, academics, and tens of thousands of individuals who support the $10aDay Plan. There are also continuing federal childcare funds promised by the new federal government.

There have been substantive steps in the first two years and unprecedented public support for solving B.C.’s childcare chaos — now we need government to continue their investment in good public policy: the $10aDay Plan.