$10aDay: Affordable Childcare is Coming to BC

After decades of advocacy by communities across BC, the Province of BC and Government of Canada have announced an investment of $3.2 billion over five years in quality, affordable and universal childcare.

Motivated by the $10aDay campaign – a community response to BC’s childcare crisis developed by The Coalition of Child Care Advocates of BC and the Early Childhood Educators of BC – the funding aims to slash average daycare fees by 50 percent and add 12,500 affordable childcare sites across the province, all by December 2022. 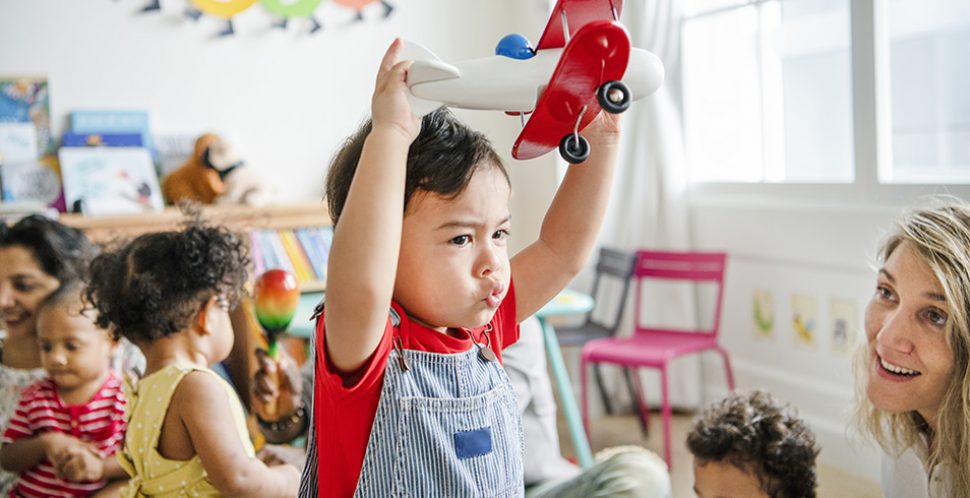 Wait, we have a childcare crisis in Canada?

At the heart of it, childcare is expensive and limited. So much so that it’s common for parents to sign up their children for daycare before they’re born to ensure a spot. Others rely on family members or friends to look after their kids so they can work. Still others have no alternatives, and one of the parents has to quit their job or reduce their hours dramatically to stay home (it’s even harder for single parents, who don’t have this option). And even if parents can secure a spot in a nearby daycare, it’s often so expensive they have to take out loans or lines of credit to pay for it.

“We did a research study on affordable daycare a few years ago, and it was eye-opening. But when my child was born, that data became my reality,” says James Raymond, Vancouver Economic Commission’s Research manager. “I pay $40,000 annually for childcare for two children – that’s more than many tuitions. Discussing unaffordable, inaccessible daycare in a professional context is one thing, but when you live it personally you truly understand that it’s a vital thing that needs to be fixed.”

The childcare crisis isn’t new. Childcare has been unaffordable and inaccessible for decades – but it took a global pandemic to throw the situation in its harshest light, revealing that high-quality, affordable childcare is necessary not only for happy families, but also to keep the economy running.