Premier Christy Clark can no longer use the line that BC can’t afford to invest in quality, affordable child care, the $10aDay Plan, to meet the needs of children, families, communities and our economy. A new report from CCPA-BC economist Iglika Ivanova confirms that, with or without new federal transfer funds, the BC government has fiscal capacity to implement the $10aDay Plan over the next 10 years.

Solving the Affordability Crisis in Child Care: Financing the $10 a Day Plan confirms that the $10aDay Plan is largely self-financing, as the families who benefit will soon generate almost all of the revenue required to pay for it. Specifically, implementing the Plan allows more mothers to return to work or transition from part-time to full-time work, generating more taxes and economic activity as a result.

The $10aDay Plan calls for federal provincial cost-sharing yet even without federal cost-sharing, BC has affordable, equitable financing options for going it alone:

British Columbians will be pleased with the findings of this report.  Just a few months ago an Insights West poll found that 82% of BC residents agree the $10aDay Plan would be beneficial for parents and 75% know that access to quality, affordable child care benefits children, families, employers and the economy.

Child care advocate Sharon Gregson says this is yet another strong finding that must move the BC government to implement the $10aDay Plan. She says, “The successful $10aDay campaign has put pressure on government to invest in child care. This report provides concrete evidence that there’s no longer any excuse for leaving parents in the current crisis of needing  Craig’s List to find child care, hoping their children will be safe while they go to work”.

Gregson goes on to say, “The status quo child care crisis is no longer acceptable to families, employers or communities in British Columbia.” 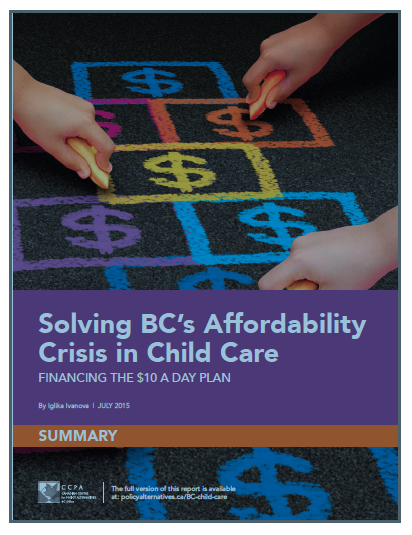 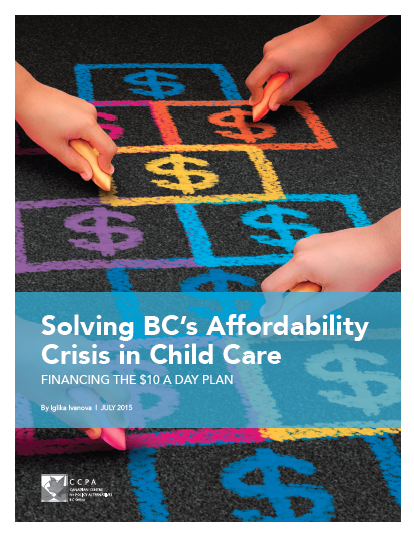