When I answered the phone, I thought we’d hit the jackpot. An open daycare space in Vancouver at a reasonable price? Amazing!

Not the best location, but we could make it work. After all, it had been months of researching, making calls and applying for waitlists. And waiting. And waiting.

Then finally, our first call. And Sally seemed nice! 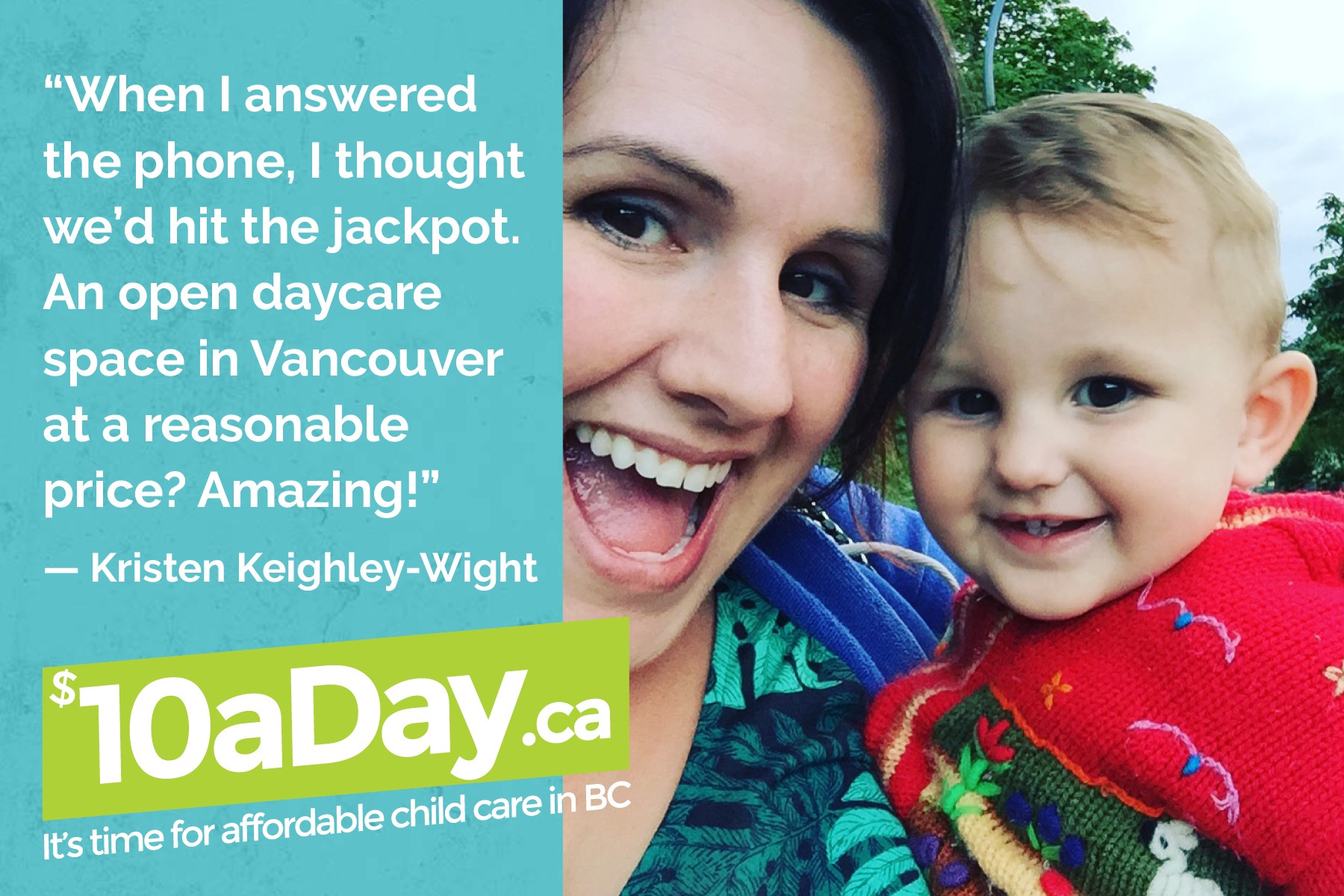 When we drove up to her older home, I shrugged off the era of the house – it looked lived in and warm. And as we walked around back, down the sinking concrete stairs, I accepted that in half a year Zane would be steadier and those steps might be easier.

It was when Sally tried to turn on the light – to no avail – that my hopes started to sink. Her joking comment about ‘having asked her husband to fix it a month ago’ only drew attention to the lack of repair. And through the dim I warily looked toward the crooked plastic fence that stood around the hot water heater – too close to where curious hands might reach.

We spent the next half hour in a room that I’m still not sure had a window. This would be the space he would spend most of his week in.

The room was small but tidy and full of lots of toys and books. And Sally chatted about her love of working with kids.

But my eyes and ears lingered on the small moments and objects:

We walked away smiling and thanked her for her time. Then, closing the care door, the only thing I said was, “Zane will never walk through those doors again.”

I genuinely believe Sally was loving and well-intended. And if I had to gamble, I think Zane would have been safe and passed his time just fine there. But fine isn’t good enough. And I won’t gamble on the person who will spend more waking hours with my son than I will.

I want my kid to be somewhere I know he can thrive and grow. That place wasn’t that.

We’re lucky. We could afford to keep looking. Some families aren’t that lucky: for some families, basements like Sally’s are the best they’ll be able to get.

And that’s wrong. Because all I can think is: if it’s not good enough for my kid, why is it okay for somebody else’s to be there?

And I’ve heard similar stories from so many of my parent friends.

Together, we’re feeling desperate and overburdened when it comes to child care. And we’re stuck – in an unaffordable city – having to pick what seems to be the only seeming option available … when all we want is to be able to pick the right option for our kids, and for our families.