While BC takes the first steps towards implementing the $10aDay Plan, BC families still face the child care crisis. Here's Kasari's story about dealing with BC's child care chaos.

Kasari and her partner found out their son existed in the world when he was four days old. They adopted him when he was six days old. Unlike birth parents, they didn’t have time to get him on childcare waitlists the minute his due date was confirmed because they didn’t know then that he would be in their lives.

Then, they had only 9 months of parental leave through EI, while birth mothers get a full 12 months because of the additional 3 months of maternity leave.

All of this adds up to less time for adoptive parents to figure out a child care situation before they have to return to work.

They didn’t put themselves on too many waitlists because they knew Kasari’s mom was available if necessary. But the lists Kasari looked at were 14-18 months long so they would have needed a backup regardless. Their son is 15 months now and they still haven’t heard from the centres they’re on waitlists for.

And adopting is expensive. Many people go into debt to adopt. So on top of not getting on waitlists early enough, or having enough time off to catch up to the waitlists, child care fees are further adding to the financial strain on adoptive parents.

Like all other parents, for Kasari and her partner it’s not just about being able to find someone to take care of their son; it’s about wanting the best care and for him to develop in the healthiest way possible.

They are lucky to have Kasari’s powerhouse mom. She is able and willing to look after their son and has a similar parenting philosophy.

Even so, Kasari wants her son to experience child care. He is social and she thinks he will miss out if he isn’t part of group care. She also sees it as such an important part of healthy development and learning. 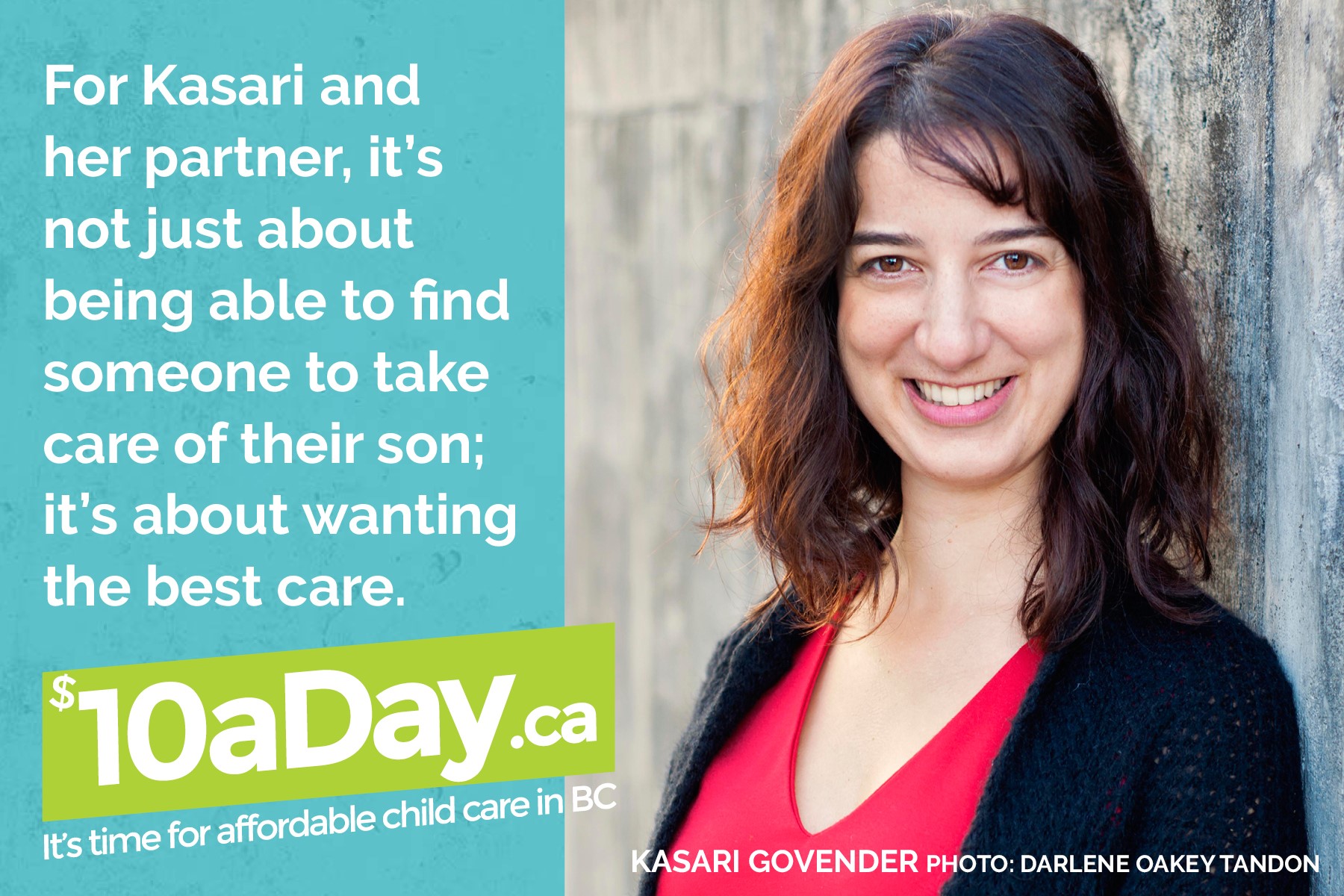 Follow us on Twitter  |  Like us on Facebook
While BC takes the first steps towards implementing the $10aDay Plan, BC families still face the child care chaos:
Kasari's Story
It's time for affordable child care in BC. The @10adayplan is the solution to BC’s child care crisis. #bcpoli